Producer | Not A Number 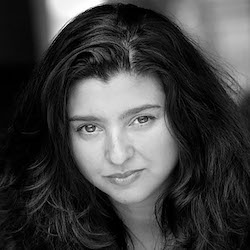 NOT A NUMBER is an independent film and TV production company based in the UK dedicated to producing film and TV drama with the highest production values, whatever the budget. We write, develop, raise finance and produce TV projects and feature films for the international market place. Our current slate of projects include sci-fi thrillers, cutting edge comedy, crime thrillers and psychological horror.

Rachel’s key responsibility is to head all aspects of company liaison, such as dealing with financial institutions and developing international business. She’s also responsible for individual film finance, production and market strategy. Since leaving her role as senior Producer/Director at the award-winning production company Spoken Image, where she directed and produced corporate work and commercials on an international level, Rachel has produced a number of feature films including Splintered, White Settlers (The Bloodlands), Habit and A Very British Christmas. Rachel is experienced in handling complex budgets and has an extensive knowledge of production at all levels.