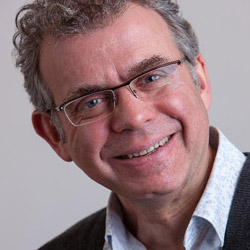 It all started by co-writing a spec screenplay that was subject to an intense bidding war. Miramax eventually purchased the script for a significant sum, and for Kurti and his writing partner it blew open the doors to professional writing:15 further well-paid movie commissions for US studios such as Universal and Warner Bros, writing for hit TV shows such as Primeval, Robin Hood, Wolfblood and Terry Pratchett’s Going Postal, as well as flagship dramas for BBC Radio 4 and podcasts drama serials for Amazon Audible.

Kurti has also written several novels, and after meeting an emerging writer at LSWF’s MEET THE EXPERTS they started developing a number of drama projects, the first of which, Barred, will air on BBC Radio 4 this autumn.

Richard Kurti is appearing at the following sessions:

What boxes does your spec have to tick to break in? You might never get the chance to climb the ladder if you can’t get on the first rung. Let Richard Kurti clear the way for you in this crucial session.

I came from Paris and loved it, especially the PitchFest - I got three script requests, and all the others asked for a one-pager or gave me cards!"