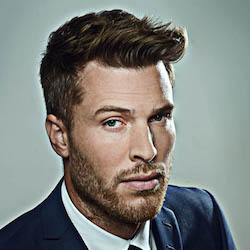 Rick Edwards has a Natural Sciences degree from Cambridge and started his career on the stand-up comedy circuit. He is now a presenter, author and screenwriter. His TV work spans both the factual and entertainment worlds and his new YouTube show The Edge Of Science will premiere in December 2019.

Rick has written three books, including the co-authored Hollywood Wants to Kill You: The Peculiar Science of Death in the Movies, and his debut feature film script is due to start shooting in March 2020.

Rick is also a co-presenter of the podcast Science(ish), which investigates the scientific questions raised by movies.