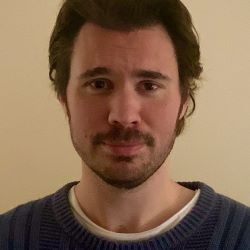 After graduating in Law, Sebastian attended two film schools (both in Warsaw and London) before pursuing his irrepressible passion for screenwriting. He entered the Finish Line Competition in 2018 and won the Grand Prize, which secured him a manager in Los Angeles. As well as his writing, Sebastian has worked in various assistant roles, including as writer’s assistant, on films such as The Imitation Game (2014), Murder on the Orient Express (2017), Spider-Man: Far From Home (2019) and Eternals (2020). His work experience has also given him a firsthand understanding of the challenges and opportunities of bringing big-budget scripts to life.

Sebastian is currently developing TV projects with several producers and working on his own feature and television screenplays.