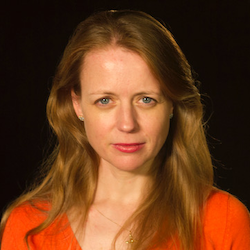 Stephanie is a London-based producer who has worked in Germany, Thailand, Los Angeles and New York. Since her first major producing credit BLACK DEATH (with Eddie Redmayne), Stephanie has produced RETROSPECTIVE (with Charles Dance and the renowned cinematographer Michael Seresin from GRAVITY) and LITTLE FAVOUR (with Benedict Cumberbatch).

Prior to developing and producing her own projects, Stephanie worked on Hollywood and independent films including THOR 2, X-MEN: FIRST CLASS, WORLD WAR Z, MALEFICENT, MORTDECAI, LOCKE, 6 DAYS and SKYFALL.

Kult Fiktion is currently focused on historical and fantasy Sci-fi genres with big stories that are based on the characters’ journeys. We are looking for stories that need to be told now.