Producer | Over The Fence Films 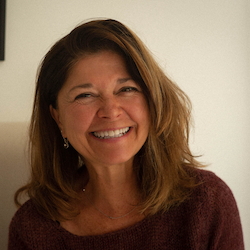 Coming from the world of advertising, Susan set up Over The Fence Films in 2015. With an eye for detail and another for the bigger picture, the slate of long and short form films includes Fadia’s Tree, on the festival circuit, Baba, part of the BFINetwork Films For Freedom programme. Susan has also worked on the contained drama My House with Francis MaGee and Cottontail, a UK/Japanese drama with Ciaran Hinds and Lily Franky (Shoplifters).

Currently working on a bittersweet comedy about grief, the after-life and the complexities of family living along with a coming-of-age horror set in Wales, c1750.

Interest in developing and producing films across genre but with a focus on stories that provoke; stories that embrace who we are and where we might go; stories that shift our axis of understanding.