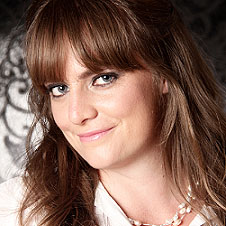 Thembisa is the co-founder of Caspian Films, producers of Us Among the Stones (63rd BFI London Film Festival) and the upcoming film The Colour Room directed by Claire McCarthy and starring Phoebe Dynevor (Bridgerton) and Matthew Goode (The Imitation Game).

She also works in association with Spier Films, for whom she produced the international co-production The Harvesters (2018) in selection Cannes 2018 and worked as an executive on films like An Act of Defiance (2017); Young Ones (2014) starring Nicholas Hoult, Michael Shannon and Elle Fanning; and The Salvation (2014) starring Mads Mikkelsen and Eva Green.

Thembisa is looking for entertaining stories with quality performance-driven drama at their heart and supported by genre elements strong enough to give them international commercial appeal.