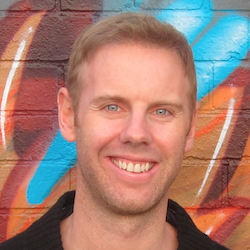 Tim has written hundreds of episodes for some of the world’s most beloved children’s shows including PJ Masks, Fireman Sam, Bob the Builder, Thomas & Friends, Pocoyo, Bluey, The Rubbish World of Dave Spud, Dennis & Gnasher and Aardman’s latest series The Epic Adventures of Morph.

He is the creator and executive producer of animated action-comedy series Kangaroo Beach, screening in the UK this summer on Nick Jr. The series has been a big hit on ABC Kids Australia, enjoying over 8.5 million downloads on ABC iView alone.

Tim Bain is appearing at the following sessions:

Writing For Children with Tim Bain

An outstanding and extremely well-run lab. My writing has benefited enormously from it. Can't thank you guys enough."