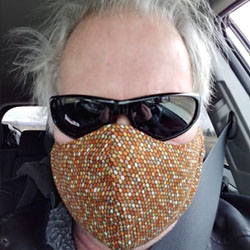 Tony Burgess writes fiction and screen plays. He is currently finishing a novel about the afternath of the Pontypool virus to be published in an omnibus volume alongside Cashtown Corners and The n-Body Problem (ECW). His recent screenplay Dreamland (dir. Bruce MacDonald) is an interpretation of the non-sequitor coda from the film Pontypool.

Tony Burgess is appearing at the following sessions:

Fear. Isolation. An invisible killer. Sound familiar? A decade ago, the world was introduced to PONTYPOOL, a cracking one-room thriller with a fascinating spin on the genre. Join writer Tony Burgess for this screening, and learn about how his novel moved to a radio play, and — over a few bumps — a feature film.