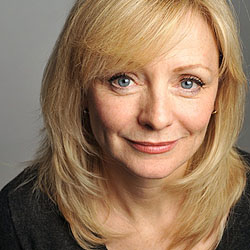 Tracy Brabin is an actress and writer. Recently she was chosen to take part in the Script Factory and Bird’s Eye View year long mentoring scheme ‘She Writes’ where she completed her romantic comedy feature Father August, attracting Minkie Spiro as director.

She has been a team writer on various TV shows such as Crossroads, Family Affairs, Tracy Beaker, Heartbeat, Hollyoaks, Doctors and Shameless and her feature film Yarko is in development with Mia Bayes (Film London) and Phil Davis directing.  Paradise is her first novel.