During this incredible Downton Abbey script to screen, John York mentions to Julian Fellowes that the opening clip of Downton is what he uses as the example when he teaches writers how to begin a period drama. The multi award-winning drama became relevant to millions of households during a time when period drama was not very popular. The experience and techniques Julian brought to creating a brand new period drama are great things to consider when we begin to write our own. How much information to include, how to reveal it and how to make it relevant to a modern audience are important skills for us all. Here are ten things I learned from this session which helped me when crafting my own historical stories.

Gosford Park had been a successful film with a subtext of the end of a way of life in the UK. When revisiting that world of country house living, Downton Abbey was set in 1912—20 years prior to Gosford Park and 20 years after the injection of capital into aristocratic families from young American heiresses who had made their homes in the UK. This timing would allow the series to examine aristocratic and working class lives both before and after two world wars and continuing social advances brought that way of living to an end. Using 1912 as a starting point also allowed the sinking of the Titanic to become part of the story, which denotes an immediate sense of era and directly affects the characters—driving their lives out of the mundane and into a crisis situation.

In the opening scene of Downton Abbey, a long shot travels through the entire country home as first the servants, and then the family who lives there wake up to begin a standard day. The energised handheld footage travels through the entire house and below stairs, and mounted camera shots for the upstairs highlight the differing rhythms of the household. It shows how this was a way of life everyone understood and participated in without question. Simultaneously, a ‘fish out of water’ character, Bates, arrives via a steam train of the recent industrial era. The scene creates a mystery and conflict around his disability, in addition to allowing the audience to learn about the dynamics of the house along with him as he is introduced to it.

Begin with an immediate dilemma.

To ‘hook’ people into drama, Julian believes you need only make people care about the characters and what will happen to them next. People today know that the Titanic sank on it’s maiden voyage and that disaster happened before WWI. This made establishing the era less confusing and it’s impact on the characters understandable, as we see the newspaper and telegram arriving to show James and his son have died. Though we don’t know who they are, we establish it’s a very big deal to the characters we have met because of the dramatic reactions of Robert and Cora to the news.

By establishing some events, mystery and conflict by the first add break, but not fully explaining the significance of these events, we are curious to know more as we have already begun to invest in this story and the characters impacted by it. We are left with the questions of who is this crippled valet and why has Lord Grantham hired him? Will the servants accept him? Why is the death of Lord James and his son such a huge deal beyond the obvious tragedy that they have perished? Wanting to know more we are already attached to part two before the ad break begins.

In a film where the action is 90 minutes long, it’s easy enough to include unlikable characters as we don’t have to spend a lot of time with them. In a TV drama where you will be cutting away from one set of characters to another, you need to get the audience on board and have them be eager to spend time with the entirety of the household. In order to achieve that, Julian believes that all characters need, to differing degrees, be likeable. As most people are neither good or bad it’s easy to get an audience rooting for the characters by showing the joys and pitfalls of their lives and histories so that we can identify with all their traits on a human level.

It wasn’t known initially that Anna and Bates would have a great romance, but Julian knew from the start that they would get on. Similarly Cora was not the daughter in law Violet had wanted, but they find their interests suddenly aligned across their mutual and thinly veiled dislike. All these little character dynamics build the seeds for those likes and dislikes to grow until they either become storylines or begin to dramatically affect story as individuals preferences and prejudices are brought to the forefront.

Structure a story by not being boring.

Julian Fellowes understands screenwriting structure, but hasn’t really studied it much. He mostly structures by looking at the information he’s put into each scene and working out when it becomes boring. At certain points in the structure you’re always going to want big events to happen to fuel the story pace but the main thing is to find someone to trust to tell you when your writing gets boring, and move the story on before you get to that dull point, thus keeping a forward momentum.

Downton Abbey moves through the time period  it inhabits fairly swiftly with each series covering approximately two years in eight episodes or under. To not get bogged down in historical details, Julian sticks to the facts of how things directly affect the characters. All we need to know about entails, for example, is that Cora’s fortune is about to be lost to her daughters. And all we need to know about Lord James’ death is that the estate will now be passed away from Robert’s female heirs to a stranger they’ve never met.

Of the three Grantham sisters, Mary and Edith do not like each other and Sibyl, the youngest, is the one who likes them both and tries to bridge the gap. By setting up a group of people with different and shifting alliances and enemies on any given day, it’s easier to have character conjunctions add fuel to storylines as characters support and manipulate one another around ongoing events.

Not knowing initially if Downton would be renewed at the end of each season, Julian wanted to give each series finale enough dramatic energy to either be a good ending to a series but also have enough dramatic juice to make us come back to watch the next series. One season end was the declaration that the country is now at war which occurs at a garden party where the information ripples through everyone in attendance,from family to guests and then to staff, as the severity of the event is felt by all. This actually comes from a memory of Julian’s father who had a vivid childhood recollection of news affecting every adult in the room dramatically. 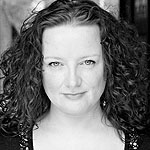 Leilani Holmes is a screenwriter, actor and has directed short films. She trained with The Impulse Company under the personal mentorship of Artistic Director Scott Williams and has studied with teachers from The Actors Studio, New York and cult British director Ken Campbell. She co-ran a London based collaborative filmmaking group for some years and her directorial debut, ‘Death of the Dinosaurs’, was nominated for a British Independent Film Award. She is also The London Screenwriters’ Festival official blogger.