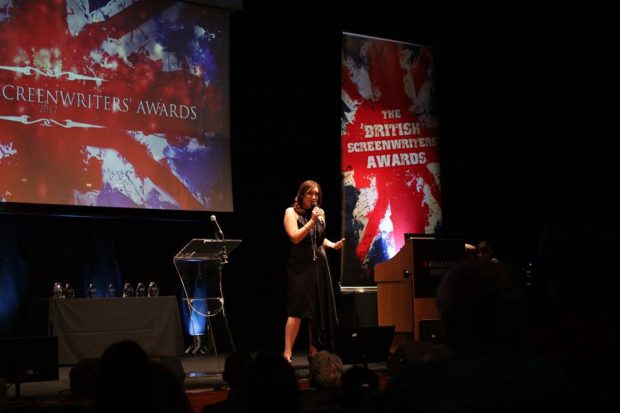 This year or the fourth time the writing community gathered together to celebrate the best and brightest among us and laud our craft, without which not much good film or TV would exist at all.

This night is ours, it’s our time to cheer great writing and laugh together at the blood sweat and tears that goes into creating it, a torturous, gruelling, and delightful, rewarding, fulfilling process that only someone else who’s attempted it can even begin to comprehend. It’s a weird thing that we do but together in our weirdness we find ourselves at home.

Hosted by screenwriter and comedian Deborah Frances-White who liberally entertained us with her Hollywood war stories and long path to breakthrough and a fine night was had by all.

I suppose in the forth year the event can no long be called a fledgling awards, but in terms of changing the zeitgeist of writers, we’re really just beginning. As we continue to edify great work we empower and inspire new work and new writers to share the magic inside them through the medium of screen.

This year is the second year of the, the ‘Fucking Awesome Award’ for incredible achievement in writing and outstanding contribution to the industry. Created last year for writer/director Simon Fitzmaurice who after becoming paralysed with Motor Neuron Disease (ALS) used only the gaze of his eyes to write and direct his first feature. The accolade this year continues and goes to an equally stellar writer who’s incredible works have made him a household name and inspired devotion across the seven continents.

The 2017 Fucking Awesome Award is given to George R R Martin. 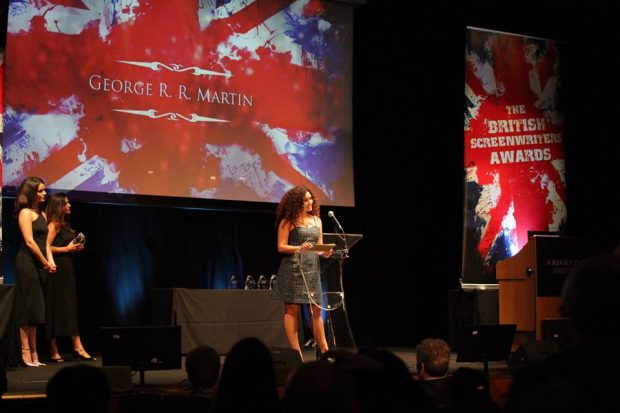 As no dragons were available a proxy collected the award on George’s behalf and delivered his heartfelt speech. The crystal trophy will be winging it’s way to him shortly by raven and we are assured by Chris Jones that it will, at a push, definitely kill a white walker.