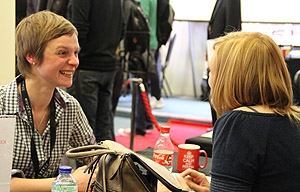 Thank you for this unforgettable time and life-changing experience. It was magical!
Valeriya Ordinartseva, Screenwriter
(Winner of LSF PitchFest Best Concept Prize 2012)

The London Screenwriters’ Festival offers UK screenwriters more opportunities and inspiration over 3 days than BAFTA and BFI do in a year. Sure, it’s exhausting, but in a good way – like a mad weekend away!
Nick Boocock, Screenwriter
www.nickboocock.com

You have transformed the very idea of a Screenwriters Conference into an event FOR and BY writers and editors – and I suspect you are also transforming the industry as you go, putting the script AND the screenwriter in the heart of the process where they belong. It feels as if the industry is starting to sit up and knock for admittance at our door, rather than treating us as the wallflowers at the edge of the feast
Tanya Lees, Screenwriter, Holdfastfilms

The SWF was outrageously good and i have come away from it so empowered and knowledgeable
Anthony Green, Srceenwriter

You really have managed to pull off the impossible – a festival that is so much fun to attend for delegates and speakers alike
Sascha Hecks, Producer

It felt like I’d stepped into some fantastical film utopia for the weekend
Andrea Beades, Screenwriter

It was extraordinary, beyond my expectations… What a wonderful celebration of this art form which we’re all so passionate about
Emily Lassalle, Screenwriter

For the first time in many a long year I felt that I had found where I belong
Ava Regal, Screenwriter

Thank you so much for your inspiration and community spirit. I can’t say enough how energizing and uplifting it is!
Jo Buckman, Producer and Screenwriter

It has been a genuine eye opener and I have had my writing career enriched in ways I hadn’t considered possible
Mac McSharry, Screenwriter 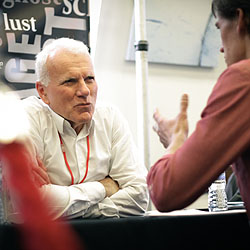 It’s one thing our screenwriters having a great time at the Pitchfest… but what did our Execs think about being pitched to?

‘It’s simply one of the best festivals I’ve been to because it’s all about the delegates — tremendous opportunities to pitch and network as well as great information in the sessions. It’s the sort of weekend that’s designed to make a difference, and I think it really follows through on that promise’
Luke Ryan, Paramount

‘It was a pleasure to take part in this year’s LSF’s Pitchfest, it was beautifully organised and run and extremely friendly while remaining professional at all times…’
Carol Dusi, Scott Free Films

‘Sky’s doors are always open to the best new talent. Pitchfest was exhausting, exhilarating and entertaining. Some had me laughing, others frowning and one made me choke on my coffee. Long may Pitchfest continue!’
Jon Mountague, Sky

‘Pitchfest was incredible onslaught of great ideas… I am now sifting through the pitch documents which have popped in to my inbox and that is just from the ‘yes-shortlist’. I met a writer last year who pitched and we are now developing a project together which is shaping up to be a cracker’
Neil Thompson, Formosa Films

‘LSF is the hidden gem of television and film festivals, a minefield of fresh and exciting ideas from talented new producers and writers’
Paul Crompton, Five

‘I came away thinking that LSF is a bloody great idea… I walked away with more than a few interesting leads’
Daniel O’Toole, ReelArt Media

‘Pitchfest was a treat; never before have I heard so many great ideas in such a short period of time’
Micho Rutare, The Asylum

‘If you are serious about becoming a screenwriter and learn about the craft and the business of screenwriting, Pitchfest at the LSF is a must. Had the LSWF been around when I started out as a writer, it would’ve saved me many years of trials and errors’
JK Amalou, Director.

‘I was amazed at the level of talent on this side of the pond, I’m looking forward to following up on a few projects I found…’
Richard Cardona, After Dark Films 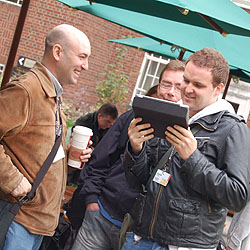 Amazing weekend. Awesome people. Thanks so much for such an inspiring time. The fire in my belly is back and the rewrites underway!
MJ Hermanny, Screenwriter

Made a ton of new friends, delegates and speakers, and ended up with TEN SCRIPT REQUESTS!
Rudolf Kremers, Screenwriter

I almost feel my writing has been offered a turbo-charge. Will I plug in? You bet.
Dennis Hurleston, Screenwriter

For the first time in my life I think I found my true spiritual home. Sounds corny? A cliché? Not a bit of it!
Darren Beels, Screenwriter

I got a script request from one of the Hollywood producers so I couldn’t really have asked for more…
Paul Arrowsmith, Screenwriter

It has certainly changed my LIFE ! ( don’t care if that sounds over dramatic)! What an amazing 3 days
Martin Rosen, Screenwriter

What you get from the festival is so much more than contacts, a potential development deal, insight into the industry and inspiration. It’s a feeling that you could walk up and talk to anyone!
Sam Gould, Screenwriter

Thanks for the most exciting time I have ever had at any screenwriters event
Martin Humphreys, Screenwriter

I’ve had a B-L-A-S-T over these past four days as a delegate. What a slick and shiny and stimulating Festival
Mark Wilson, Screenwriter and Media Consultant

MASSIVE thanks for organising such a wonderful festival… The Pitchfest resulted in 10 script requests!
Darrin Grimwood, Screenwriter

Well constructed, beautifully presented – a rollercoaster of emotions with a quality cast of supporting acts – the SWF is everything a movie and a festival should be.
Inga J. Sempel, Screenwriter
www.stormandlightpictures.com

A massive thanks to the volunteers who were all polite, jolly and helpful… See you next year!
Hayley November, Screenwriter

I feel inspired, confident and not on my own anymore. I have a passion, a goal and I’m gonna go and get it!
Sarah Cassidy, Screenwriter
http://sarahscribbler.wordpress.com
@sarahcassidy

I have had five produces ask for scripts or one page. The must-not-miss event in a screenwriter’s calenders.
Helen Bang, Screenwriter

I feel like I’ve been to university. The cream of industry talent giving insightful advice and inspiration. Every session was a revelation – I will certainly be back next year. There’s nothing like the goodwill and energy of other writers and directors to make you want to write
Sarah Clarke, Screenwriter

If you’re not coming to the LSF, you’re missing the best opportunity to forward your career
Andrew James Carter, Screenwriter
www.andrewjamescarter.com
@Carter.Andrewj

I really hit it off with Hollywood execs that showed real interest in my film
Tom Fletcher, Screenwriter

Fantastic festival. Learned a lot. It felt like being a kid in a candy store
Digden Altinyurt, Screenwriter

The quality of the speakers, the PitchFest was AMAZING! Delegates, networking! This is the future of the British Film Industry
Tom Kerevan, Screenwriter
www.tomkerevan.com

Informative and seemingly realistic reflection of both the beauty and difficulty of writing, personally and professionally
Steven Hoskinson, Screenwriter

This year proved that LSF is an immensely valuable commodity for the international screenwriting community. Where would we be without it!?
Rhys Lewis, Screenwriter

I was beyond impressed with pitchfest. This is a must-do for every writer. It builds relationships, confidence; hell, you might even get a bite on a script – I did!
Julie Grady Thomas, Screenwriter

To get so many high powered and practical people to the festival is a terrific achievement. I’ve benefitted and it’s more than worth the cost
Ed Griffiths, Screenwriter

Inspiring, educating and a great buzz. It was amazing how wonderfully supportive all the other writers were
Graham Smith, Screenwriter

I left feeling thoroughly inspired, both as a scriptwriter and teacher and really loved the great vibe of the whole shebang – well done
Mary Evans, Writer and Journalist

The whole experience has been a revelation. I’m so thankful 🙂 See U next year!
Birk Roheland, Screenwriter

To immerse onself in an environment with so many that share just one common goal was truly amazing
Heather Wallace-Brown, Screenwriter

Still buzzing here and can’t stop talking about what a fantastic weekend it was. I feel energised, invigorated and inspired
Philip Lawrence, Screenwriter

I can’t thank you and your team enough for facilitating a weekend of such positive action, brilliant insight and incredible awakening for us all.

The result for me was… five script requests, four treatment requests and one “call me”, These opportunities are all down to you and the LSF team, what happens now is down to me taking action and of course the writing. I no longer have a sense being in the wilderness but part of a great community of like minded people and friends who understand what it’s like.

It really hit home when I removed my LSF badge, my passport into a special world, on the way home. Suddenly it was strange to not talk to the person sitting next to you without them looking at you like you were from outer space. I carry that badge inside me now forever knowing I am no longer a lone screenwriter in this world, that we are all out there somewhere, soaking up the influences and experiences, writing, learning, and taking action,
Dee Chilton, Screenwriter

I attended both LSF 2011 and again this year, and once more I have nothing but praise for the wonderful sessions you and your team put on for us. Some absolute stand out sessions for me and not one duff one – now that is a hell of an achievement. So, from this particular Jersey girl who took a 24 hour, force 7 windswept, sleepless overnight ferry to get there, A GREAT BIG THANK YOU.  I was so determined to be there, I wasn’t going to let anything stop me getting there.
Jan Caston, Screenwriter