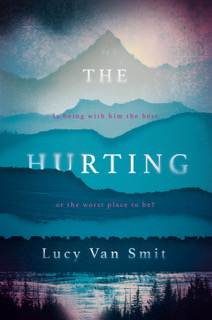 At LSF we are taught to channel our inner Wonder Woman. Lucy Van Smit not only channels it, she owns it full time. She doesn’t let obstacles get in her way either, choosing to find many routes round the mountain to get what she wants. This is how she managed to wrangle her way on to some of the amazing gigs she has had, not to mention the beautifully, haunting Nordic YA novel, The Hurting, winning the Bath Children’s Award. Lucy was also selected as one of 28 writers for the 2017 Talent Campus.

“It was incredibly difficult to structure that book. If you ever write a book, never do a thriller in the first person, present tense. Ever. Never make the antagonist the love interest. You could hardly pick few more difficult things to write”

The Hurting tells the story of Nell whose life is dominated by her alcoholic, religious father and cancer ridden sister. She decides she will sneak away to get entry into a music school but meets Lukas. Not normally a believer in love, she falls hard for him but he has his own agenda and his influence over her leads her to do something completely against her nature.

“I always thought people exaggerated about love. I never met anyone that had that experience. I am not talking about an infatuation but that recognition of souls. And I really wanted to capture that.  It’s described as a Nordic Noir / Wuthering Heights novel.

I was quite shocked that people disliked Lukas – they did not understand what motivated him and who he was.  It was controversial and I was fascinated by how it pressed buttons for some and others got it completely.”

She was in Ireland doing the Robert McKee Story course, when she got long-listed for the Bath Children’s Novel Award (2015). It was quite a challenging time for her too: she was doing 10 hour days for the course, her brother had passed away shortly before and she had a week to get the full manuscript in but she fixed her resolve and put in the hours.

“I was never interested in it just being “ok”, I wanted to write something beautiful. And when Barry Cunningham (JK Rowling’s publisher and renowned children’s publisher) rang me up and said it was the best thing he had seen in years. That was what I wanted.” He acquired it for publication in 2018. 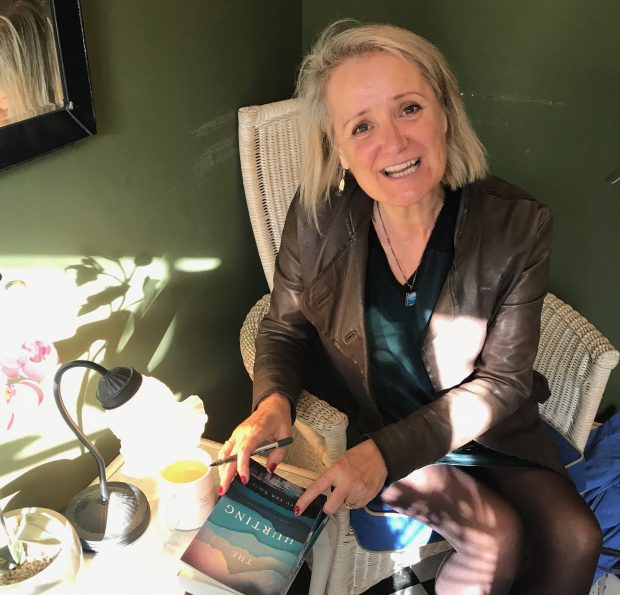 Getting her lucky break…

Lucy is very grateful for the opportunities in her life and talks almost like she can’t believe she got so “lucky” but admits that her ignorance of how things are done is what makes her work that much harder.

It was during a time she ran away to New York that she had to figure out a way to pay her debts “I wrote on the back of an envelope: good visual eye and can bullshit” and picked up a newspaper and there was a job for NBC News!

“As a dyslexic, you are often aware of the complexity and can read people on multiple levels so when I walked in, I realised I was very junior and unimportant and the person who was going to make the decision was the secretary, Vicky.”

After befriending Vicky, she found she – “a blooming artist, not a journalist who can’t type, can’t spell” had got the job on the news desk simply by showing how keen she was and remaining authentic.

“The advantage I had of not having a journalistic background was that I didn’t know you could fail (that you couldn’t get the guest). I thought you always had to get the guest and I always delivered. I am good at making things happen.”

After this stint on NBC news, Lucy found herself pitching stories to a Canadian broadcaster, The Journal. Her passion was writers and as The Russia House was coming out at the time, Lucy decided to go for John Le Carré as the first documentary – despite not having done an interview in 10 years.

“I researched the clippings, I watched his last interview and read his body language in the last interview. I then wrote to him and explained that I understood why he did no interviews (the interview chipped away at him). He phoned me which was very unusual and I convinced him to trust us. Then I briefed the correspondent on how to get the most animated interview out of him and it worked. It was a fabulous interview”.

After that, Lucy was able to call the shots on who she got in and how she should shoot it. It was the dream job. And she was no ordinary producer or director. She used her artistic background to dictate the tone and flavour of each writer.

“I would describe what we were going to do in terms of paintings. With Martin Amis, I wanted to show people his world so I told the team it would be a post-modernist novel with a shot of Martin Amis eating fish and chips against a backdrop of street graffiti. You know you’ve got it right when they ask for a copy. “

On being a writer…

Like many of us, Lucy also doubted her calling as a writer.

“As a kid, I read a book and a half a day, I sneakily wanted to study English but thought “I’m not the person that does that”, at uni, I spent all my time in the library, reading social history. Even when I was doing the documentary on famous writers, I thought they were different to us, born to do it. It took me a long time to realise that anyone can do that if they want to.”

It was when she was writing a new story a day (just like Roald Dahl did), that she decided to do a creative writing course at City Lit. With Sophie McKenzie (a British teen writer) as her tutor, she finally sat down and wrote her book eliciting a “you are living proof this course works” from her esteemed tutor. 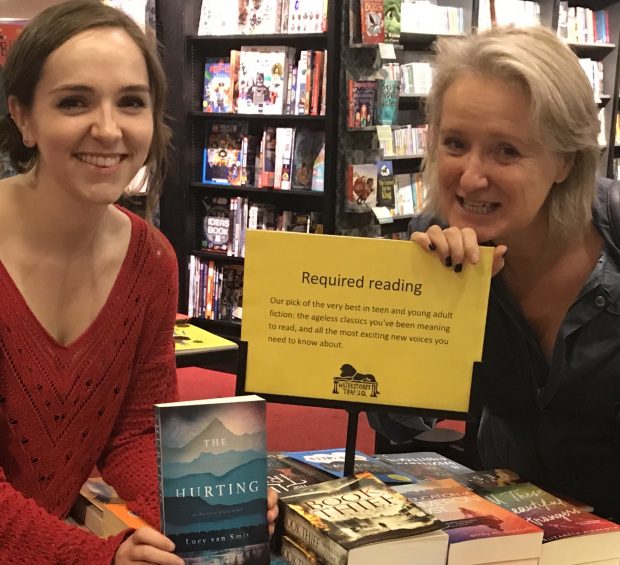 Lucy is a true artist through and through.  When it comes to process, she will always take her own route.

“When it comes to a particular process, I tend to work it out in my head a lot. I actually use the screenwriting technique. I love that process of using the cards and writing out the scenes. I find structure, story and plot are easy for me. My challenge comes with the outlines and analysis because it focuses on the intellectual side of things and I find myself leaning towards the creative side”. I like seeing it unfold organically. That’s when it works, when the universe calls the story out and the magic happens.”

Lucy talks candidly about the dyslexia of her son as well as her own. The insecurity and lack of confidence it brings.

“You are growing up in a world where your skills are considered to have no value. My husband says ‘you’re a painter, a tv producer – how can you still be insecure?’ But in the words of a friend ‘your confidence is like a house of cards – one criticism is all it takes for those cards to fall down.”

And yet, from talking to Lucy, she always remains focused on the positive. “You watch for signs, you have fantastic spatial awareness and you can read 400-2000 times faster if you read in picture. You can pull up a picture in the tiniest detail which could seem like a different language to someone else. We are very good at pattern recognition which is what inventors use – you recognise something and can make that link”.

“Starting before the fear of everything you can fail at is bigger than the pleasure of doing it. The minute you start, it disappears. I can be holding a whole book in my head which can be a massive problem when I am juggling lots of things, making changes, fiddling to get it right, make it beautiful. And desperately wanting to start when you can’t lock things in place can be challenging too”.

Lucy attended Talent Campus 3.0 and truly marvels at the opportunities that came her way through talent campus.

“Aside from making a really close friend, getting to write on Barbara Machin’s writers room and having the director at a table read come and tell me that my script was the best he’d seen which led to more writing work, I would have to say it gave me the opportunity to be a moderator at LSF 2018. I found out David Nicholls and Hans Rosenfeldt weren’t being moderated and I put my hand up because I love Nordic Noir!  It was very stressful and my fellow talent campers gave me a pep talk and made me laugh. It worked and made me relax”.

The future is Van Smitten!

Next, on the books for Lucy is working on an adventure book covering two different timelines and floating the idea of a crime novel out. This is in addition to working on the script for The Hurting. She is hoping David Nicholls will do it.

“David Nicholls has such enormous humility and he is a real grafter. For Patrick Melrose, he re-wrote that script over and over again and his flexibility, his love of language and his respect for the original source material is amazing. I learnt more from David Nicholls than anybody recently!”

And Lucy doesn’t stop there. She is appalled that the UK’s average reading age is 9 and wants to do more to improve this.

“We need celebrities to step in and be social influences because kids are not reading. Children need something quieter so they can listen to who they are. They never have time to do that or to be with themselves because they are listening to music or snapchat or a tv show. This generation isn’t reading and it’s scary. I think it will swing back because people will understand the dangers of what is actually happening. I want to do something about this though.

Don’t let Dyslexia put you off:

The key is having good, simple strategies:

Apply for the next Talent Campus here.