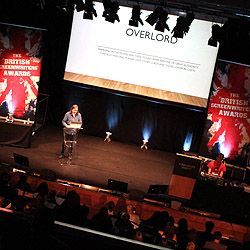 Sessions will be added in the Spring and Summer of 2021.

Over the three days of the London Screenwriters’ Festival we will run over one hundred seminars, workshops and networking events for professional screenwriters. We film most sessions, so if you miss one, or two clash, you’ll be able to catch up later online. For updates about the festival, sign up below.

The sheer raw energy bouncing from writer to writer and from room to room was something truly special."

Stop thinking, just buy your ticket. Now! Seriously, you will not regret it.

Talent is great but relationships get you hired. The ability to create powerful new relationships in any given situation is one of the primary factors in the success of your career and that of any screenplay that you write. A one day masterclass.

LSF has done a wonderful job at fostering a tight-knit global community of screenwriters. Truly a memorable and worthwhile experience."

Nicole Perlman, 'Guardians of the Galaxy'