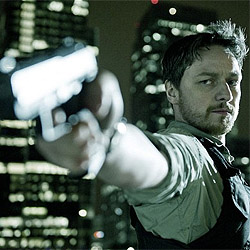 Forging a path through the film industry that brought him through Matt Vaughn, Woody Allen, and Neil Jordan, Eran Creevy has since become a pioneer, carving out his own niche in the British Crime Thriller genre with the electrifying Shifty. In 2012, Eran wrote and directed Welcome to the Punch, Executive Produced by Ridley Scott, and then went on to direct Nicholas Hoult, Felicity Jones, Ben Kingsley, and Anthony Hopkins in Collide.

Eran’s writing career continues to flourish as he is rewriting the John Woo classic The Killer for Woo and Joel Silver.

Eran’s trajectory to the top is both meteoric and inspirational and he is coming to LSF to share it with you. In this informative session, you will learn:

It wasn’t terribly long ago that Eran Creevy was where you are now. With talent in his soul and fire in his belly, he carved his own path. At the end of this session, you will too.

Credits include: Shifty, Welcome To The Punch, Collide

Eran wrote and directed the BAFTA nominated Shifty; he most recently re-wrote The Killer for John Woo.