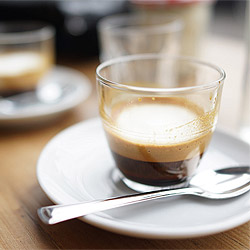 Exactly WHAT gets discussed, how and in what way during the infamous ‘meet and greet’ first meeting. The one after the pitch. This is a REAL chat and we get to snoop in on it.

Robyn is a hugely successful British producer who ANY writer would move heaven and earth to have coffee with. Meet LondonSWF alum Rachel Paterson who will meet Robin, on-stage, and ‘have coffee’. While staged, we want this to be the kind of chat that happens in the real world, with soft pitches, banter, relationship building, tactics, strategies… and we get to eavesdrop in on it.

Expect to learn load about Robyn and her career, as well as how a savvy screenwriter asks questions, woos and creates rapport and a relationship. It’s live. It’s real. Will Rachel succeed?

Former exec at BBC Films and head of film at Company Pictures, Robyn is now an independent producer.