with Aimée Kwan and Simon Cox
moderated by Guy Mannerings 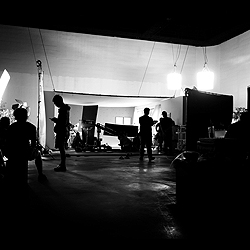 Success comes in many forms, but the successful all have one thing in common. They stopped asking others for permission to be part of the industry and went out there to forge their own paths. They didn’t SEEK help, they went and RECRUITED support. On this panel, the bulls better watch out, because we got a crew who takes them by the horns.

Aimée Kwan is a British-Thai writer, director and actress who loves global storylines and voices yet unheard.

Guy is a moderator for the festival. Guy started in the industry as an actor, before producing, writing, and, more recently, directing.

Simon has worked in the TV and film industry for over 30 years and has directed and edited numerous shows for the BBC, ITV, Channel 4 and Channel 5.