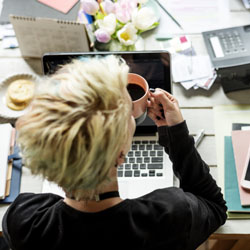 Amid the cacophony of advice (most of it contradicting other advice) for emerging writers, it’s easy to drown in advice, paralyzing you from moving forward with your career or your writing. Well, LSF stalwart Stephen Follows is here to cut through the noise. Using data- and fact-based analysis, Stephen will share what advice is based in reality and… what may FEEL correct, but has no basis in reality.

Stephen is a world class screenwriter and filmmaker himself, but its best known for his mind-bending deep dive into data analysis. His sessions will by one not to miss.