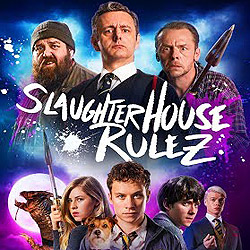 Henry Fitzherbert has over a dozen script sales and commissions. He began his career as a film critic, before switching to screenwriting, script consulting and tutoring. His script “Slaughterhouse Rulez” about boarding school life was the debut film of Simon Pegg and Nick Frost’s production company, Stolen Picture, and his second, “Born a King”, was directed by multiple Goya-winner Agustí Villaronga y Riutort and won many plaudits. This is your chance to ask him how he did it.

The script chat will take place on Monday, September 20th at 8pm. Watch out for an email from us with the Zoom link and get your questions ready.

I got my script requested by Film4 at the PitchFest!"