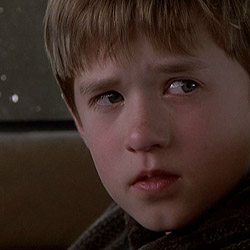 A truly satisfying ending is the difference between a good story and a great story, but endings are both challenging and controversial – especially in TV, in which we invest so much of our lives these days. As writers we’re often squeamish about them – firstly because we feel that defining them too soon may undermine our creative process, secondly because talking about them at all risks breaking one of the strictest of all taboos: the spoiler, and thirdly because we writers have an unconscious understanding that beginnings belong to us, but endings belong to the audience (though true up to a point, this still needs to be unpicked).

But what makes great endings great? Do you need to know the ending before you start writing? Why does changing an ending work in some cases, but not others? How do you create a “great” ending? And why are “bad” endings so infuriating? Using ideas from analytical psychology, myth and anthropology – and with examples from feature films, single episodes, season stories and multi-season arcs – this session will disentangle the under-examined topic of endings. There will also be tips, techniques and exercises.

I’m currently rewriting a few scenes of my script in order to avoid possible legal issues flagged up in the Legal Clinic."