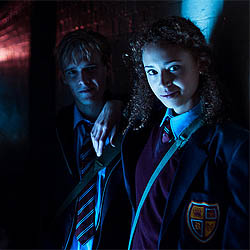 Making My First Feature… The true story of LondonSWF delegates who made their movie!

They met at LondonSWF events, made Create50 films and committed to making a world class feature together…

Meet Diana, Andromeda and Roland. Together with director D. James Newton, they made their debut feature film 2:hrs, a children’s adventure romp. They did it with little more than attitude, hustle, less cash than they needed but enough passion to keep on going.

Warning! They may appear a little drunk in this session, but that’s just a combination of exhaustion and giddy excitement that they actually did it.

Warning! You may be inspired and informed in such a way as to follow in their footsteps!

In this session they will take you on their journey, illuminating the pitfalls that many often fall into (and some they also fell into), and will reveal their strategies and tactics that led them to getting to set, to international sales and beyond…

Fundamentally, their story is one of taking action. Starting with a short they made for our very own Create50 project 50 Kisses, and moving onto 2:Hrs, their stunning children’s fantasy that is receiving rave reviews.

Their story is one of ‘one step after another’.

Their message? You can do the same.

Stop waiting to be discovered and start now by creating your own destiny through inspired and informed action.

Buckle up for a bumpy, entertaining and inspiring session. 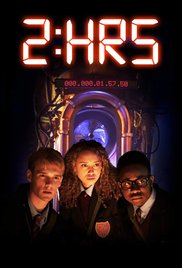 Roland created the award-winning returning drama series Land Girls for BBC1 and has written for a range of television series.