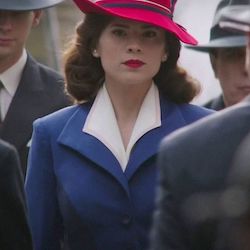 With a CV that reads like a greatest hits in Science-Fiction television and a generosity of spirit nearly impossible to find, Jose Molina is giving us a precious half-an-hour as he heads into the writer’s room of his latest show. Time for some quick-strike truth bombs from a working writer, literally on his way to work!

I enjoyed every minute of it. Ten out of ten and will return!"