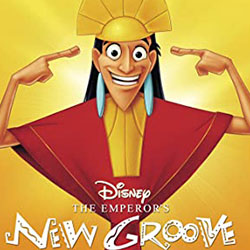 Always considered to be a London Screenwriters’ Festival favorite, by delegates and crew alike, Dave Reynolds returns to the fold to celebrate the 20th Anniversary of his beloved classic.

Emperor Kuzco’s plight (transformed into a llama by an evil sorceress) and battle to regain his throne has thrilled audiences for two decades now. Following the fun thrill ride of his last Script To Screen (Finding Nemo), Dave Reynolds becomes the first guest in 10 years to return for a second Script To Screen.

Point your browser (or your phone or your Smart TV) toward LSF 365’s Script To Screen and enjoy the ride.