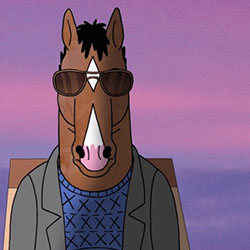 In a world where the majority of television and films are consumed via Netflix and other online streaming services, there is so much real estate to fill that writers/showrunners have the opportunity to really stretch beyond the borders of traditional storytelling.

When she was working for Conan O’Brien, writer/creator Alison Flierl probably never imagined she would be working on a show featuring an addict, narcissistic former sitcom star who also happened to be a talking horse. But Bojack Horseman Fever swept across the world with its insightful, dark hilarious funhouse mirror approach to the cult of celebrity, and human nature as a whole.

The world is always changing, and only those who are willing to change along with it can survive. Whether you write traditional fare or talking horses are more your speed, it is your voice — and yours alone — that will set you apart. This session will dig into the creative spark and how to fan it into a flame.